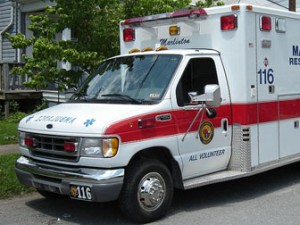 Two 23 year-old electrical engineering USC students from China, Ying Wu and Minq Qu, were sitting in Qu’s BMW off campus when they were shot by an unknown assailant in April of this year.  The parents of the two students filed a wrongful death lawsuit against the university in the Los Angeles Superior Court, seeking unspecified wrongful death damages.

USC, though deeply saddened by the event, denies any wrongdoing, and will move to have the case dismissed.  USC claims that the shooting was a random act of violence that the university was not able to prevent, and that the act is not representative of the safety of USC or its surrounding neighborhoods.

In initial negotiations, USC offered the families financial assistance as a gesture of “kindness and sympathy,” but the family refused the offer and instead filed the wrongful death suit.  The families’ attorney stated that the parents rejected the offer because it required them to release the university of all liability.

One of the grounds for the suit is that USC “actively solicits international students” by exaggerating “the virtues of USC” and stating that USC “is ranked among the safest of U.S. universities and colleges” with a proactive safety program.   Despite this representation, the families claim that USC did not patrol the area of the shooting and that the campus is, in fact, located in a high-crime area.

The Boston, MA wrongful death lawyer professionals at our full service Boston, MA law office are some of the most respected and knowledgeable Boston, MA accidental death attorney advocates around.  Call the Law Offices of Gilbert R. Hoy, Jr. and Affiliates, available 24/7, at 617-787-3700.  Or email us at gilhoylaw@hotmail.com.  Your needs are our top priority!


OTHER AREAS OF LAW PRACTICED BY OUR FULL SERVICE BOSTON, MA LAW FIRM